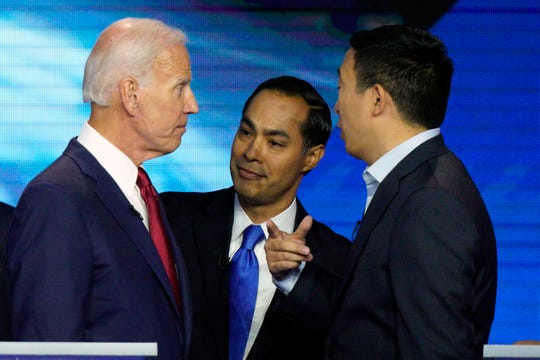 Julian Castro (D-TX) raised a perfectly reasonable concern about Joe Biden’s (D-DE) age and fitness for office in the last debate. But under pressure, he ran from that position exactly like Donald Trump would want him to. Julian caved! He showed us when he caved that he is the wrong candidate to wrestle Trump.

Castro enjoyed a lot of exposure after he first made his fair concern that Old Joe simply wasn’t up to the rigors of the Presidency. And had he doubled down on those claims, he would have earned press for many days, as long as he doubled and tripped down.

Because he caved, Julian’s comments will be a blip on the radar as he and candidacy fades into oblivion.