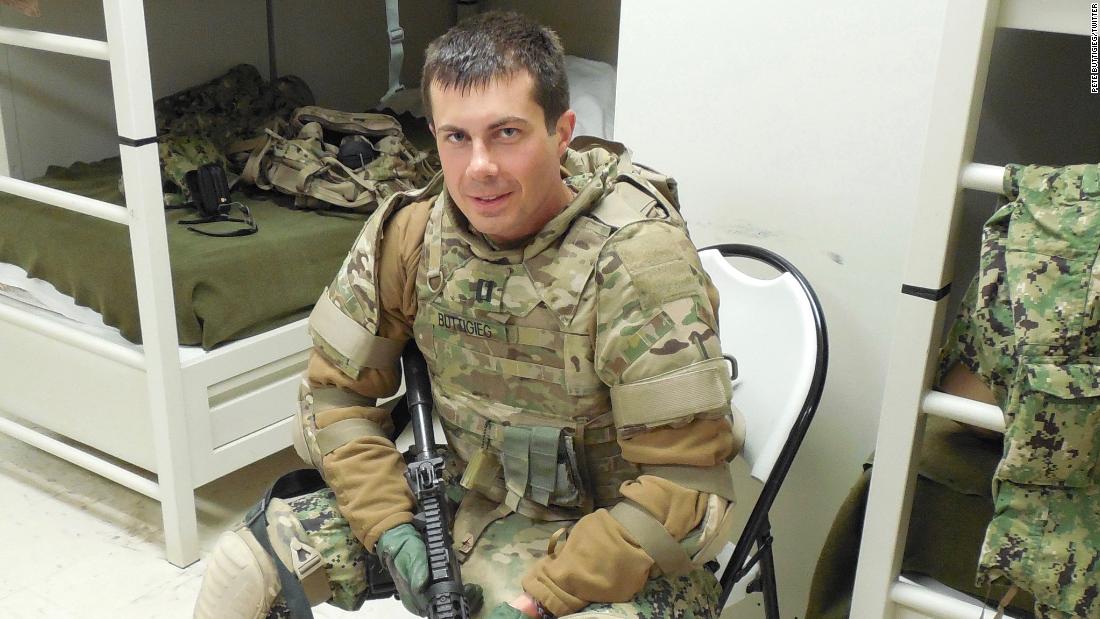 Mayor Pete is the only viable veteran in the 2020 Presidential race. He says he’s looking forward to making President Trump have to face someone who actually has been in military service.

As a candidate, he’s lightning fast on his feet, but that is because he didn’t fake bone spurs to avoid public service. And that is in sharp contrast to President Bone Spurs Trump, who took 7 deferments so that some other middle class person could take his place.

He volunteered for service and was quickly recognized for his intellect. Retired Col. Guy Hollingsworth chose Buttigieg as the lead analyst tracking the flow of money to terrorist cells in Afghanistan, information that would inform combat operations.

Mayor Pete has raised sufficient money to be competitive in the Presidential race. He’s a moderate and he fits and is positioned to have a great night on Feb. 11th.